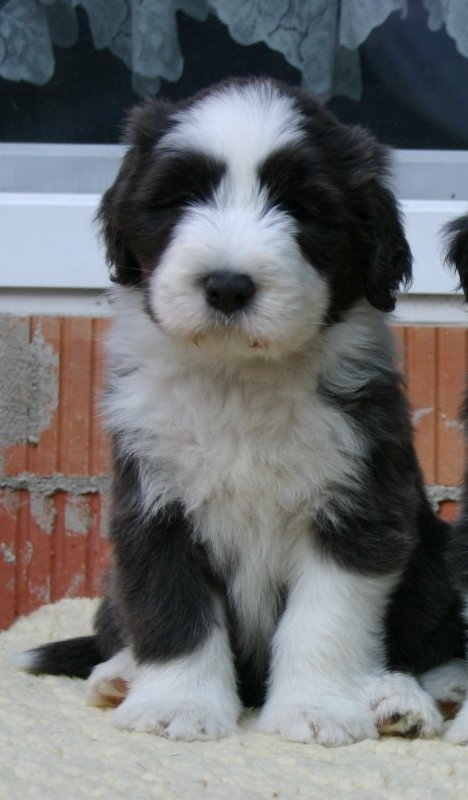 More info about the parents are found on their individual pages - click on their names here: MAC - MITTEN.

"Dean"  -  the big blue boy that we called Mini-Mac from birth, moved to Ruth Anne, Jim, Tyler and their three Beardiegirls in USA.

"Elmer" (aka. DUSTIN) -  the lighter blue boy - moved to Bente and her family in Krokstadelva to live with them and their Beardie "Tjafs".

"Pita" (aka. DIVA)  -  the fawn little girl has moved to Langhus to live with Eline og Aleksander

"Frida" (aka. DEBBIE)  - the little blue girl - moved to Steinar og Inger-Lise in Stathelle, meeting up with their 12 year old beardielady "Maja".

"Molly" (aka. DOLLY) -  the really flashy blue girl - moved to Anders og Anne in Lřten and their beardie "Lasse"

"Snurre" (aka. DOUG) -  a big flashy boy - moved to Runar & Tove in Blaker to show them how super the beardies are.

"Ull" (aka. DONNY)- the big blue "twin", although soon became the biggest of the boy

Crate-training for Dean and his travel to USA. 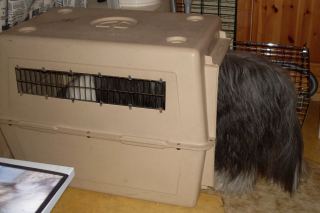 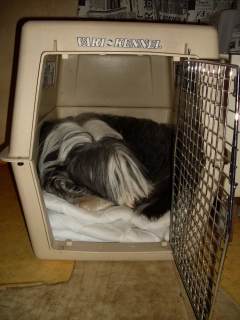 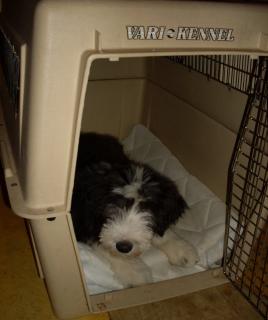 All left, and Dean was all "alone" for some weeks, but the weekend of 23-26. January brother Snurre came to stay with us.

The boys had SO much fun! 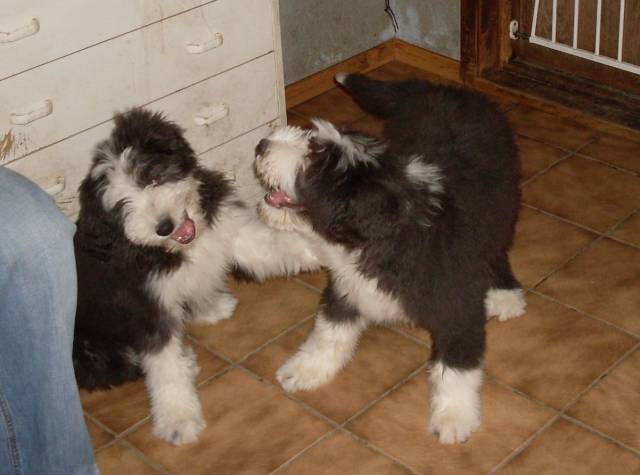 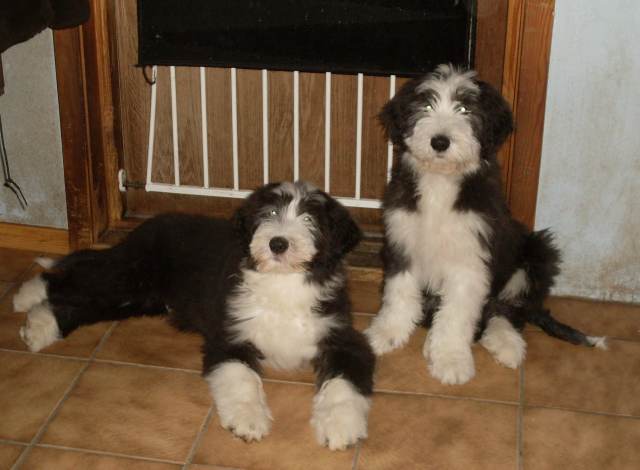 "Just the two of us"

December 29th, and only Ull and Dean here. 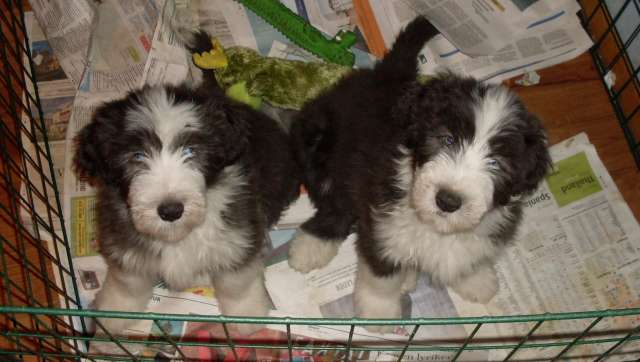 Being outdoor (on the veranda) for the first time - Dec. 21st 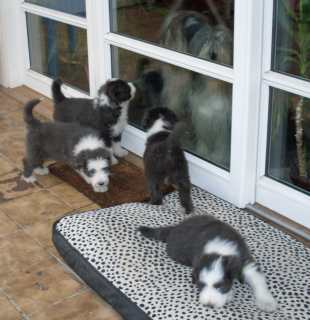 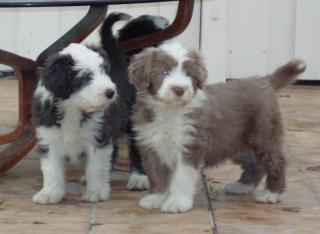 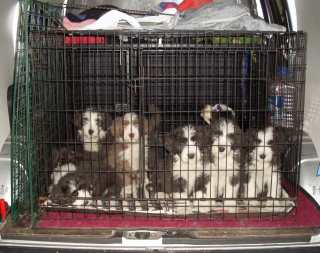 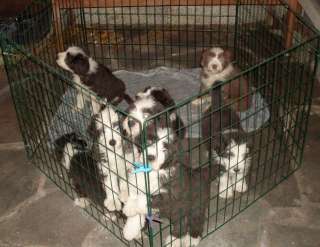 Dolly and dad as babies... 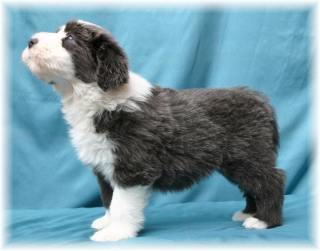 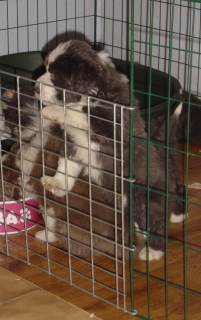 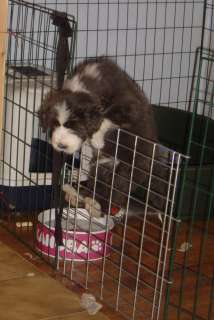 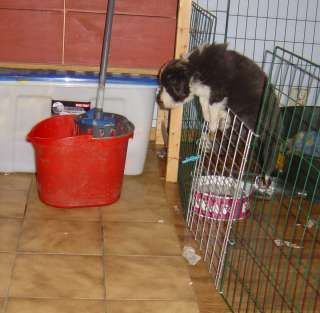 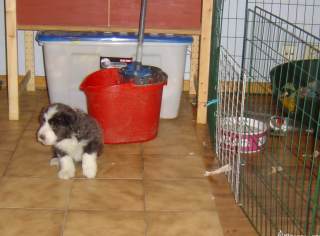 Dean noticing a whole new world out there... And another puppy hopes to have some food just falling into his sleepy mouth...

And yes we do have snow now! 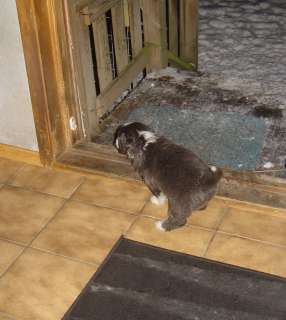 4 weeks old - Diva sleeping in the food - and Dustin really not that comfortable "in" the dogbed: 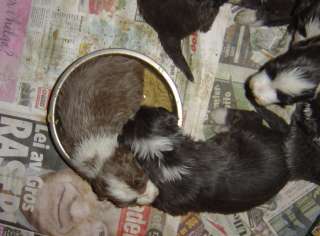 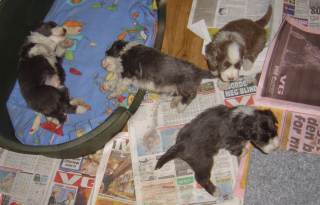 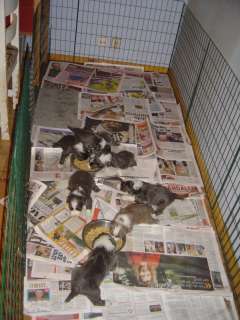 Their new bed is already too small: 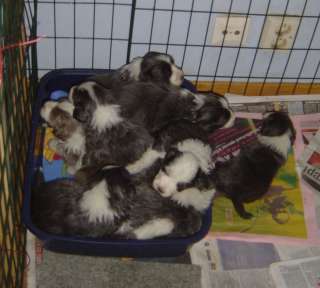 14 days old - moving into a bigger pen in the kitchen: 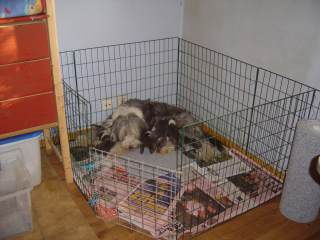 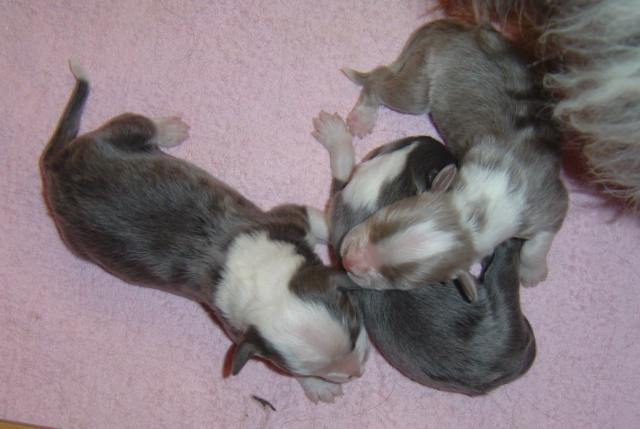 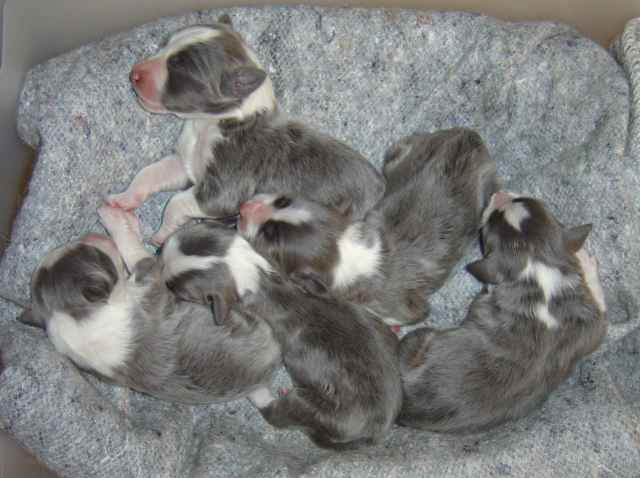 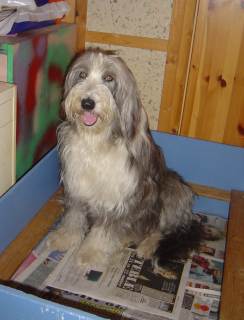 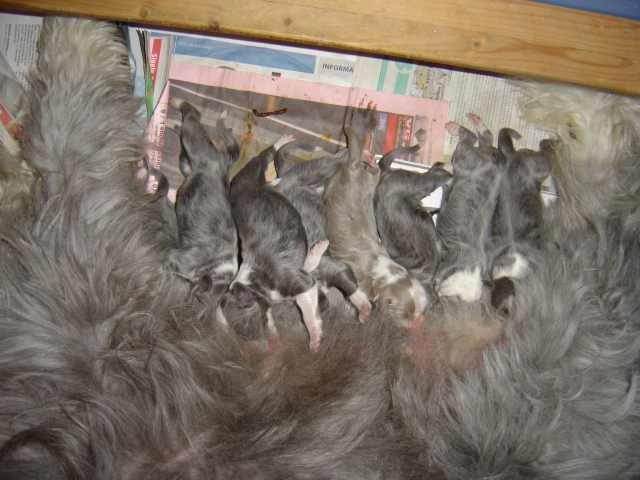